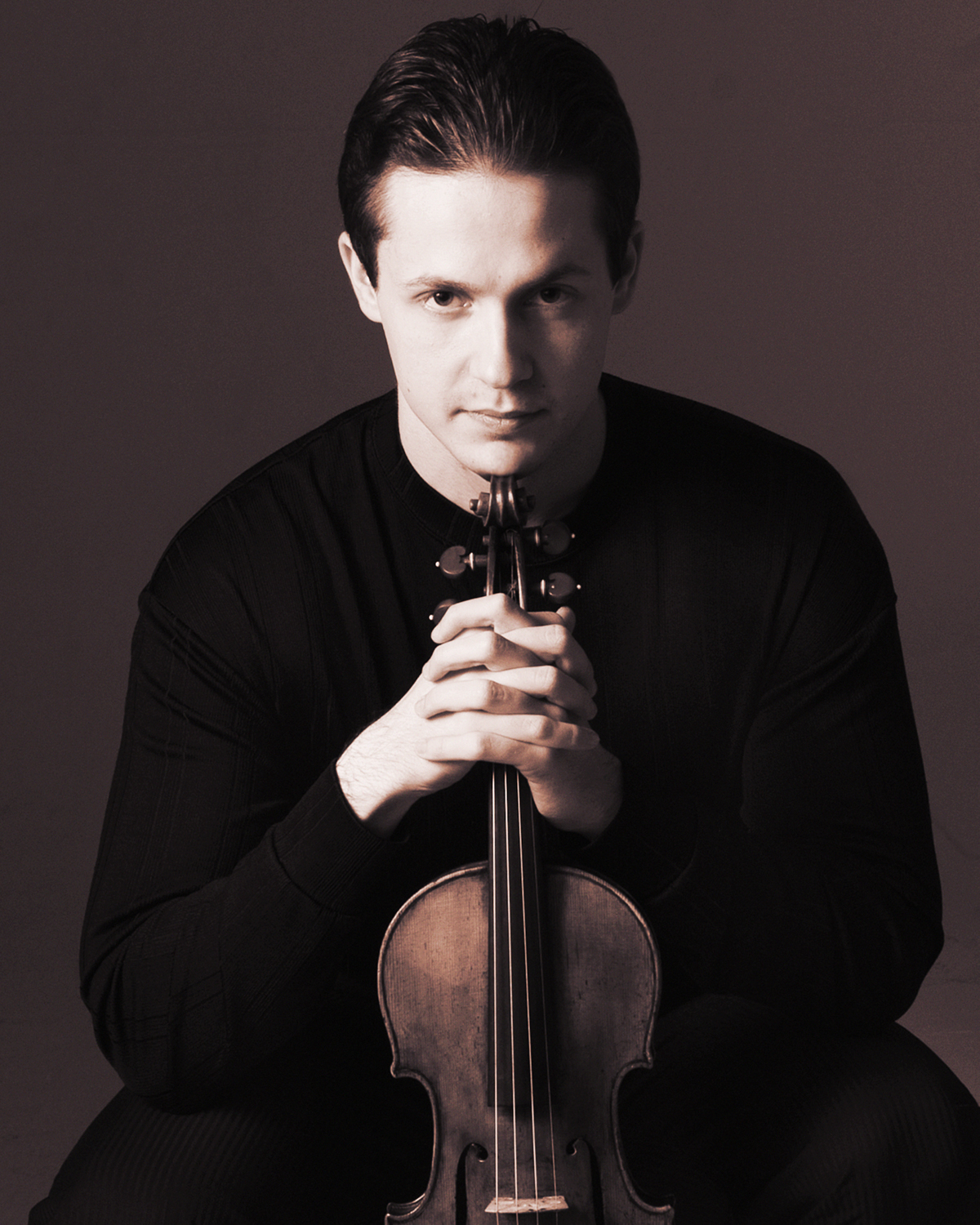 Despite his young age, Stanislav Pronin has already established himself as one of the most brilliant violinists of his generation. Born in Moscow, Mr. Pronin can trace his musical lineage to the great school of Odessa trained violinists. His first teacher was his grandfather, Veniamin Pronin, who was a professor of violin at the Odessa Conservatory and a pupil of the renowned pedagogue Pyotr Stoliarsky, teacher of David Oistrakh and Nathan Milstein. Among his grandfather’s close friends and colleagues were violinists David Oistrakh and Leonid Kogan, pianist Emil Gilels and the great Russian composer Dmitry Shostakovich. Mr. Pronin continued his studies with Nelli Shkolnikova and later Jaime Laredo, and received additional artistic tutelage from Boris Kuschnir, Pinchas Zukerman, Joel Smirnoff, Donald Weilerstein, Pamela Frank, Pavel Vernikov and many others.

Ever since his solo debut in Israel at the age of 10, Mr. Pronin has been maintaining a busy performance schedule. His performances range from solos with orchestras to solo and chamber recitals worldwide. He has performed in many music festivals and concert venues, including Carnegie Hall and the Miller Theatre in New York City; Dekelboum Hall in Washington, D.C.; the National Arts Centre in Ottawa, Canada; the Glenn Gould Studio in Toronto, Canada; and the Perlman Theatre in Philadelphia. He has frequently performed on television and radio in the United States, Canada, Europe and Israel, including live broadcasts of the Interlochen Public Radio Station and the WFMT Chicago Classical Radio station.

He has performed under the baton of many eminent conductors such as Sigiswald Kuijken, Herbert Blomstedt, Ronald Zollman, John Adams and Leonard Slatkin. Mr. Pronin is also an avid chamber musician, and frequently engages in chamber music with internationally-renowned musicians such as Jaime Laredo, James Campbell, Mark Kaplan, Barry Shiffman, Orion String Quartet, Victor Danchenko, Anton Nel, Julian Milkis, Emille Naoumoff and Lera Auerbach. Mr. Pronin has been frequently acknowledged for his individualistic and imaginative approach to musical interpretation, as well as outstanding flexibility in terms of programming and a large repertoire ranging from early-Baroque through the 21st century.

Recently, Mr. Pronin has performed as soloist and chamber musician at the Verbier Festival (including the Swiss Premiere of Lera Auerbach’s Part.ti.ta for solo violin) in Switzerland, the Kronberg Festival in Germany and in solo recitals at the Stankovic Music Hall as well as several special guest appearances on national television in Belgrade, Serbia. Upcoming engagements include the Beethoven Concerto with the Philharmonia of Greater Kansas City; Solo recitals at the Dennos Museum in Michigan and the Barge Music Series in NY; Tchaikovsky Concerto with the Mississauga Symphony Orchestra; Chamber music performances with Jan Lisiecki and others at the Stratford Music Festival; Bach’s Brandenburg Concerto no. 4 with the Toronto Philharmonia Orchestra with Uri Mayer at the baton; Mendelsohn Concerto op. 64 with Andrew Constantine and the Fort Wayne Philharmonic Orchestra; and a Denmark tour with Joshua Weilerstein and the Aarhus Symphony Orchestra.

Mr. Pronin is the recipient of multiple awards from the American String Teachers Association, America-Israel Cultural Foundation, Canada Council for the Arts and Classical Artists Development Foundation. He performs on a Nicola Bergonzi violin from 1785, and the ex-Ysaye, ex-Flesch Viorin bow, generously on loan from a private donor.