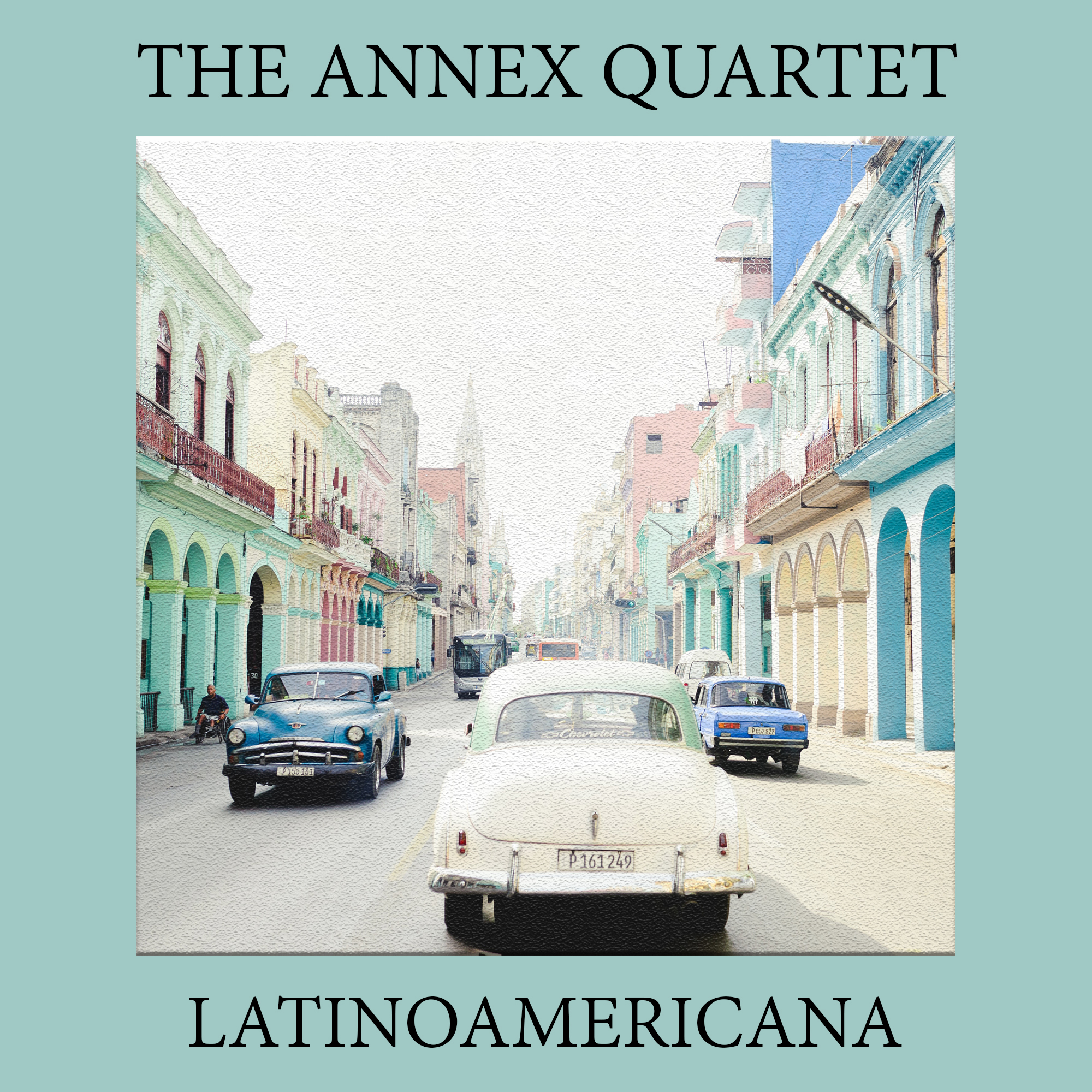 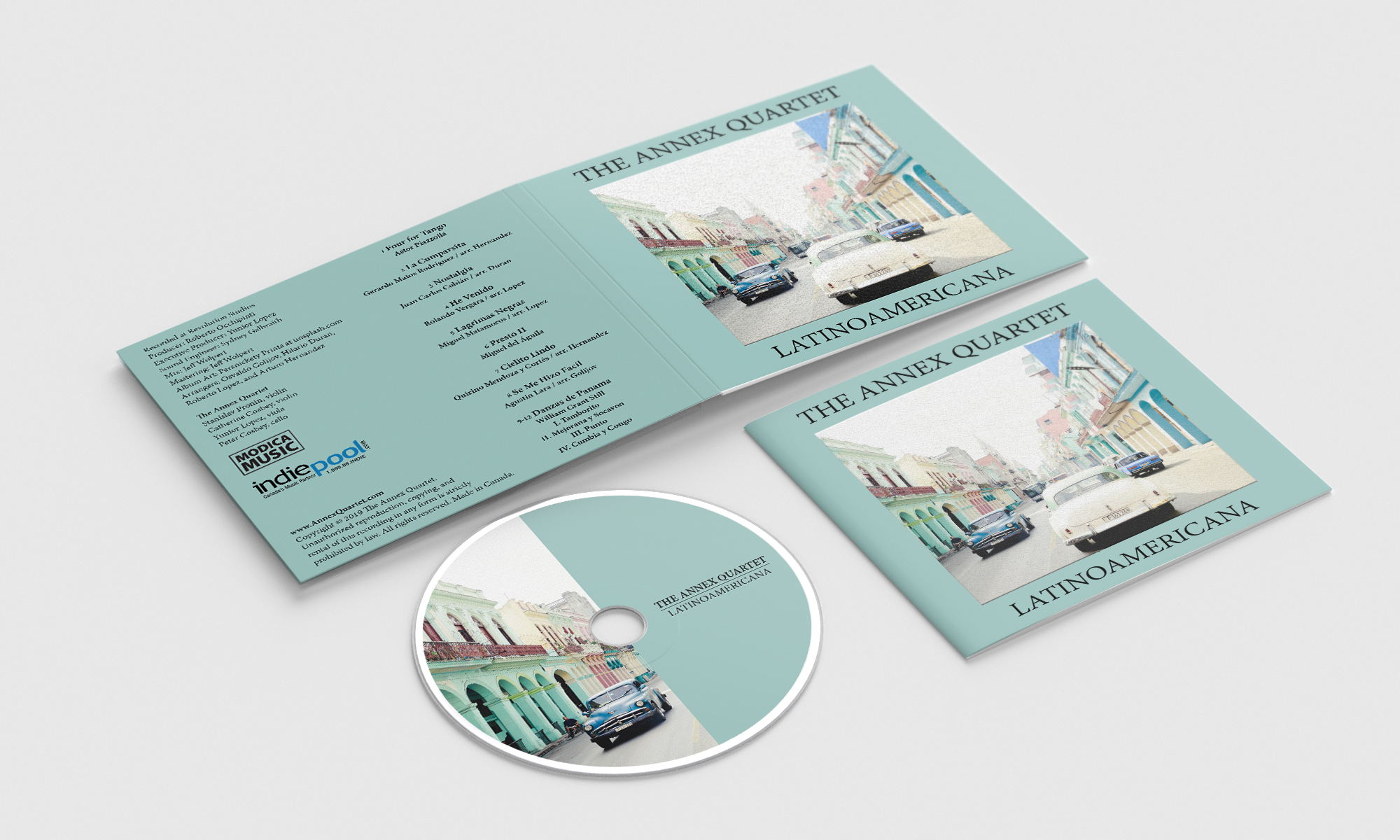 We’re excited to announce the release of our second studio record – Latinoamericana! The project covers popular and forgotten classics from Cuba, Mexico, Argentina, Uruguay, and Panama. Some of the works have been revived and transcribed for string quartet by famed composers and musicians like Osvaldo Golijov, Hilario Duran, Roberto Garcia Lopez, and up-and-coming Mexican-American composer Arturo Hernandez. The project was conceived by Annex Quartet Founder & violist, Yunior Lopez. His love for Latin American music stretches back to Cuba’s vintage and golden age, and has since collaborated with some of the biggest stars within latin and Afro-Cuban jazz, classical, and world music.

The Annex Quartet Founder & violist, Yunior Lopez, is the Artistic & Executive Producer behind the project. The record was produced by longtime Annex Quartet collaborator and jazz veteran, Roberto Occhipinti, with mixing and mastering done by Jeff Wolfpert at Desert Fish Studios. The Latinoamericana record was recorded at Rovolution Studios in Toronto, Canada with engineer Sydney Galbraith.